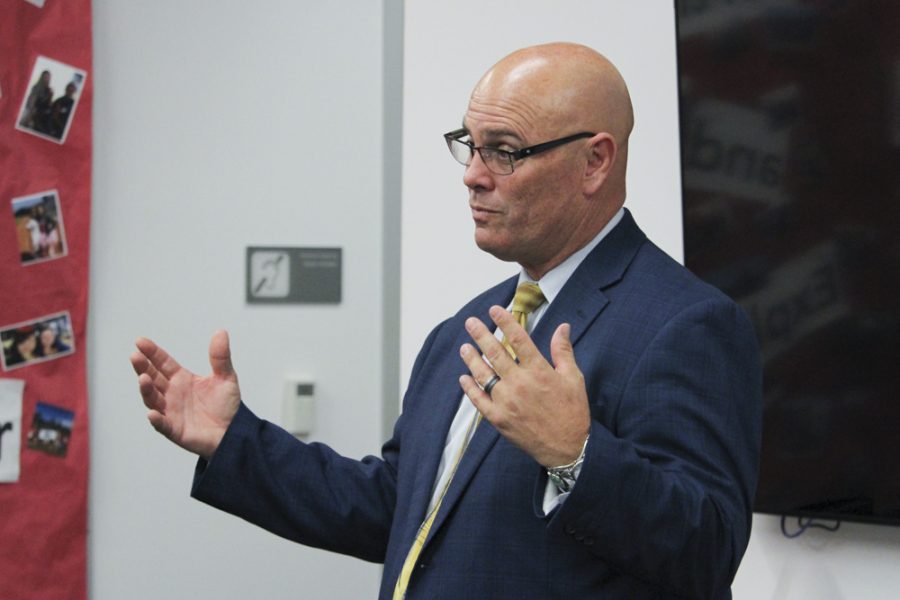 In their search for a replacement for outgoing athletic director Joan McDermott, a Cal State East Bay search committee has selected five finalists. Three of those finalists visited campus this week and the fourth will be here today to participate in an open forum to give the campus, community and university the opportunity to meet them, according to Search Committee Chair and Director of Administrative Processes at CSUEB Veronica Salvador.

Danielle Irle, Dexter Irvin and Matt Billings already came to Hayward for their forums and Colin Preston will be at East Bay from 4:15 p.m. to 5:15 p.m. today. The fifth finalist has not been named yet and will have a visit scheduled for December, according to Salvador.

Irle is the current deputy director of athletics and senior woman administrator and deputy Title IX coordinator at the University of North Dakota and has been in that role since May 2013. Irle worked at Tulane University in New Orleans before her six-year stint at North Dakota. Irvin has been the director of Intercollegiate Athletics & Recreation at the College of Southern Nevada since January 2014. Before that, he held the same position at the University of Hawaii at Hilo from 2009 to 2013.

Billings has been at Portland State since 2010 and the deputy athletic director since 2014. Preston is the current athletic director at El Camino College in Torrance and prior to that, he served in the same role at the Academy of Art University in San Francisco for three years.

Former Athletic Director Joan McDermott, who accepted the same position San Francisco State University — her alma mater — on Aug. 23, had a brief but noticeable impact on the teams at East Bay.

In less than a year and a half at the helm of the athletics department at CSUEB, six head coaches left or stepped down under McDermott, who took over the director of athletics role on April 1, 2015. Bob Ralston and Darren Lewis left the baseball team after the best season in school history. Coaches of women’s basketball, track, cross country, softball, men’s soccer and swimming all stepped down or left to pursue other opportunities during McDermott’s tenure.

CSUEB went through an extensive search to select McDermott for the position, which included a search committee comprised of Andrea Wilson, associate vice president of Student Support and Development, Paul Carpenter, the chair in the department of kinesiology, Marissa Parry Clavin, an associate athletics director in Internal Operations, Lisa Cooper, the head coach of the women’s water polo team, Alan Sue, the head coach of the men’s and women’s golf teams and Trey James, a student-athlete on the men’s soccer team.

Dr. Don Sawyer has served as interim athletic director since McDermott’s departure in August. He is a retired professor emeritus in the kinesiology department at CSUEB.