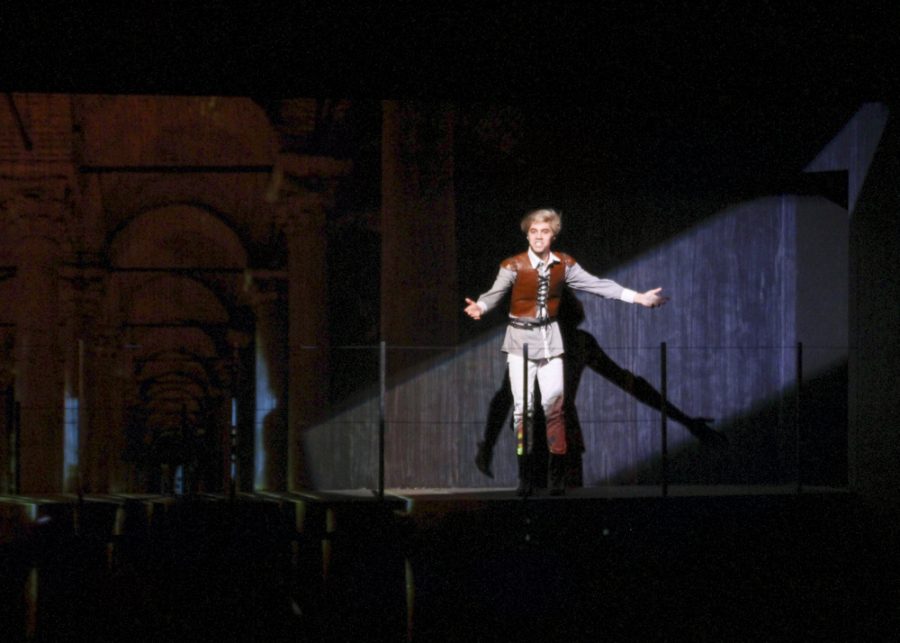 For the first time ever, Cal State East Bays theatre production will perform

The play was chosen by professional director, Marc Jacobs, who played a small role as a soldier in the Stratford Shakespearean festival in Ontario, Canada when he was 22 years old.  “It was just so unusual that I’ve always wanted to do it,” said Jacobs. “It has great acting opportunities for our students.”

Incorporating elements of Snow White and a Grimm’s fairy tale, “Cymbeline” takes place in Great Britain in the year 10 A.D., where King Cymbeline marries a woman with an arrogant son named Cloten. Cymbeline arranges a marriage for his daughter Imogen with Cloten, but Imogen marries her lover Posthumus Leonatus, an honorable man of Cymbeline’s court, instead. The rest of the plot involves treachery, poison and deceit and results in a headless corpse and a comedic end.

The cast of 14 has rehearsed 18 hours a week since October. Students were trained to use real swords by Dave Maier, instructor of theatrical combat with Dueling Arts International, in preparation for a major battle scene. “It was really fun,” said CSUEB freshman Alex Borja, who plays Arviragus. “I’ve never been in a production where we had actual sword fighting.”