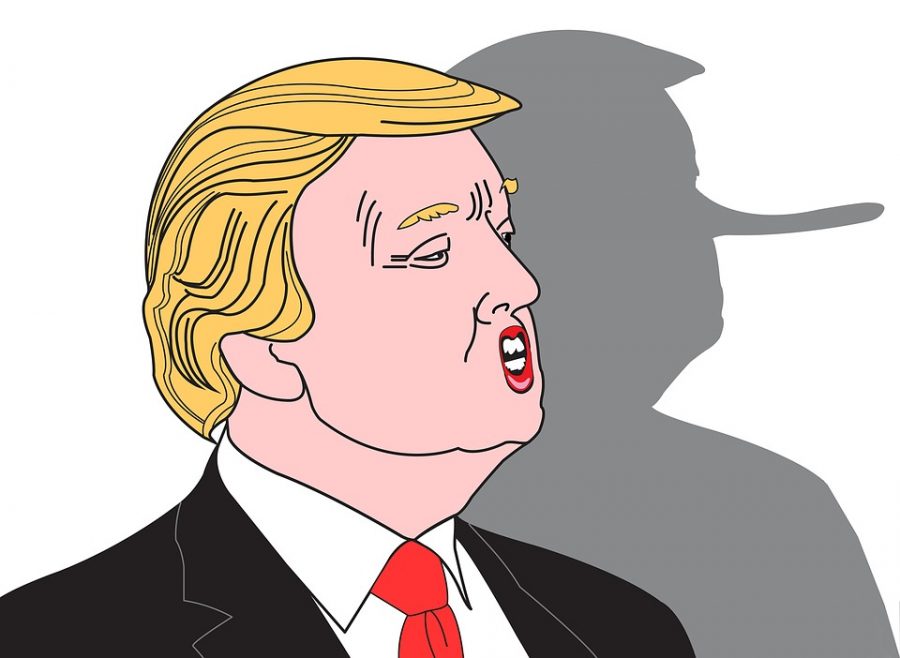 Donald Trump no doubt wishes he could have a re-do for the entire month of August. Towards the end of July, Trump had the lead over Hillary Clinton by up to 10 points in various polls, according to Real Clear Politics. One month later, Trump is about 10 points behind Clinton in the polls.

Polls always have a margin of error and this does not mean that Trump is out of the race. But when he said he was not ready to endorse Speaker of the House Paul Ryan or Sen. John McCain, he alienated himself from many fellow Republicans.

Republican congressmen — 110 of them — requested that the Republican Party stop funding Trump for president and instead turn their attention to funding the election of Republicans to Congress.

“Rather than throwing good money after bad, the RNC should shift its strategy and its resources to convince voters not to give Hillary Clinton the ‘blank check’ of a Democrat-controlled Congress to advance her big government agenda,” the Republicans wrote in the letter, according to CNN.

“These congressmen are worried that if Trump implodes, he’ll take many Republican candidates down with him and the Democrats will dominate Congress,” professor Craig Collins of Cal State East Bay told the Pioneer.

Theoretically, Democrats would be able to pass whatever laws they see fit. Republicans in Congress would no longer be able to put a roadblock in the way of the President Obama’s Supreme Court nomination Merrick Garland as well.

It makes sense that Republicans would sever ties from Trump. Trump has never fully supported the Republican agenda. At one point he was pro-choice and is now pro-life, he supports the minimum wage increase to “at least $10,” and is against trade agreements that the Republicans are generally in favor of.

Trump has also made a slew of controversial statements in regards to religion and nationality. Republicans are not made up of solely old white men like Trump. Ted Cruz has taken exception with Trump’s stances on creating a wall to separate the United States from Mexico. Most recently, Trump has gone as far as to say that fallen Captain Humayun Khan, a Muslim American who died in Iraq, was not a hero.

At some point, the Republicans needed to take a stance against Trump. They tried to support him throughout the majority of his candidacy but he never reciprocated. “He is toxic to the Republican Party. He doesn’t seem to care how much harm he does to them,” said professor David Baggins of CSUEB.

Even with a Republican Party that lacks unity, does not mean that Clinton is a foregone conclusion to win the presidency. She has her own fair share of detractors who have no faith in her ability to lead. The rise of Libertarian candidate Gary Johnson has also been a thorn in Clinton’s side. He has taken much of her voter base and is polling above 10 percent in several reputable media polls. Trump can still win, but it would be much harder to do so with an un-unified party.