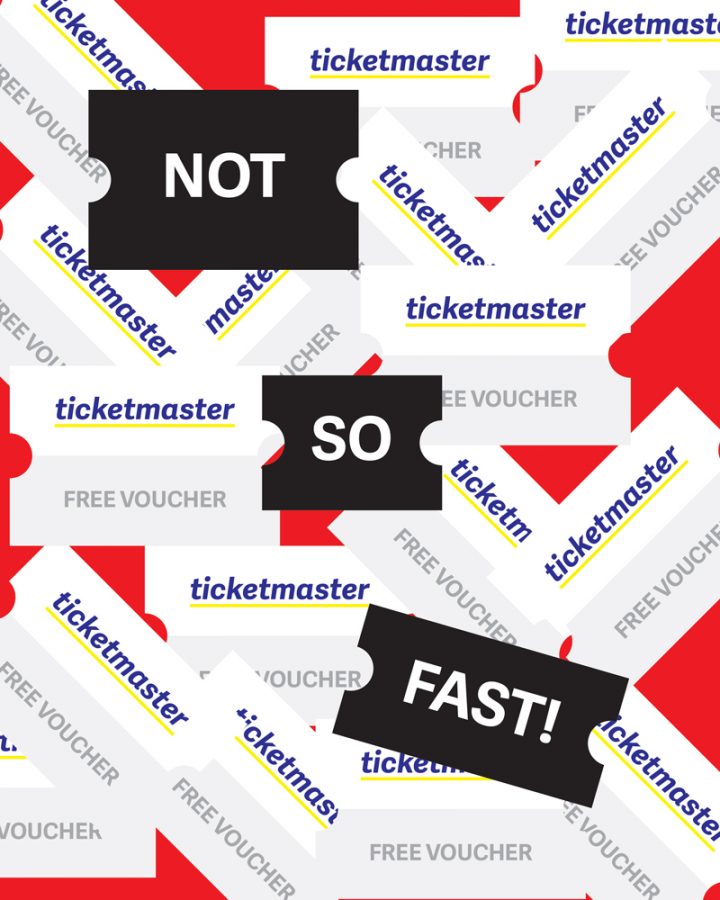 It was a music lover’s dream come true last week when popular event ticket distributor Ticketmaster shelled out thousands of discounts and vouchers for free concert tickets. Far from a generous giveaway, the discounts were the payoff in a decade-long class action settlement, Curt Schlesinger et al. v. Ticketmaster.

Excitement quickly turned to frustration for many Ticketmaster customers as they anxiously searched through hundreds of concerts compatible with the vouchers, only to find almost every single one had sold out less than a week after the announcement.

According to the Garden City Group, Inc., an online claims administrator, in 2003, five customers sued Ticketmaster for “excessive and deceptive” UPS Expedited Delivery charges and order processing fees. The plaintiffs alleged that these hidden charges did not represent the actual costs for which they advertised — mailing and processing orders — but instead went straight into the pockets of Ticketmaster officials, according to court transcripts.

For 10 years, the corporation remained steadfast in their defense of the technicality, but in 2013 they finally agreed to pay up. The court granted the final approval of the settlement in February 2015.

In May, Ticketmaster emailed millions of customers who qualified as class members in the lawsuit. People who bought tickets through the website between 1999 and 2013 were named beneficiaries of the settlement and the ticket codes. Ticketmaster promised those codes would be placed in customers’ accounts on June 18.

Less than a week later, Live Nation Worldwide Inc., the entertainment company that owns Ticketmaster, announced that $5 million in vouchers had been redeemed, closing out the first wave of eligible concerts. Another $5 million and a new set of shows were made available a day later, yet the glaring red words, “voucher sold out for this event,” were already back.

Three types of vouchers have been given away, according to Live Nation. Customers received discount codes for $2.25 off of future ticket purchases, $5.00 off each transaction delivered through UPS and vouchers for free tickets at specific Live Nation venues around the country.

Each free ticket voucher represents two general admission tickets, which are subject to availability. Ticketmaster customers are eligible to receive one discount voucher for each purchase made through the site within the 14-year time frame, but are limited to 17 total discount vouchers, according to Live Nation.

Jennifer Love has been a Ticketmaster customer since the late 1980s and every year she buys season tickets to see the San Jose Sharks. She received 10 vouchers and several discounts from the lawsuit, however, she hasn’t been able to redeem them, as all of the events in the Bay Area are sold out. A friend in Michigan, she said, experienced the same issues.

Ticketmaster’s faulty redemption process is not a shock to Love, who regularly experienced glitches with the site whenever she purchased tickets.

“I’ve missed out on several shows and events because of their jammed up websites or when they error out of purchasing and then the tickets I had [in the shopping cart] weren’t available any longer,” said Love. “I didn’t expect anything less than this from Ticketmaster, honestly.”

Love isn’t the only one; this system was doomed from the start. According to the Garden City Group, ticket vouchers are redeemable on a first-come, first-serve basis and are limited to designated events. Class members have four years to redeem their vouchers, which will expire on June 18, 2020. However, Ticketmaster simply fell short of righting the wrongs in this case.

The numbers don’t lie, the supply doesn’t meet the demand and not everyone who received a voucher will get a ticket. How Ticketmaster will reimburse the customers who can’t redeem their vouchers by the deadline remains to be seen, as Ticketmaster did not respond to The Pioneer’s requests for an interview.

Ticketmaster has been taking advantage of its patrons for years and has managed to escape with little more than a slap on the wrist, rather than paying its dues and admitting the wrongfulness of its actions.

Don’t be fooled, Ticketmaster isn’t losing anything from this. In fact, the settlement uses the allure of savings in the form of dollars and cents to drive traffic and business back to the company, which is undeserving of its patrons.

The conditions of the settlement are too light, and the corporation managed to worm its way out of this mess virtually unscathed, except for its reputation. Ticketmaster is shameless for trying to cheat its customers out of what they deserve — a good show at the very least — behind the guise of generosity.