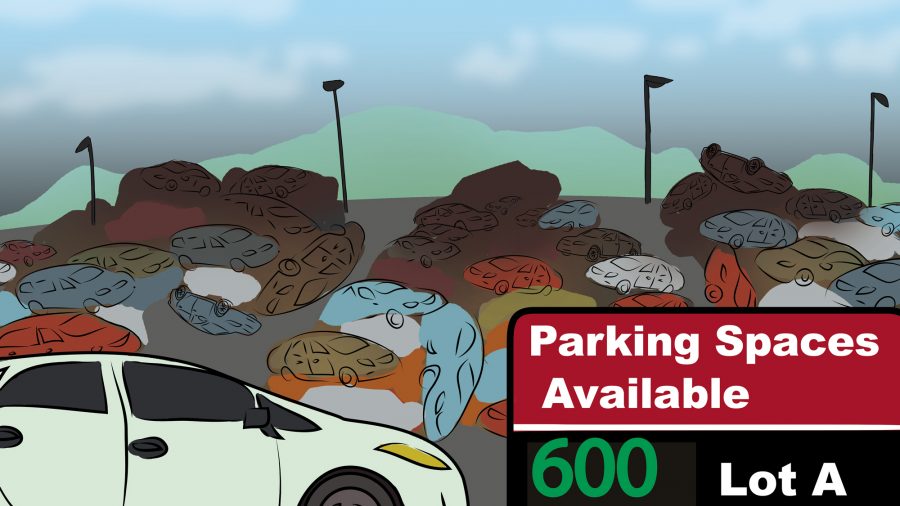 The electronic signs for general parking lot A, the former site of Warren Hall, have been giving accurate numbers on available spaces for the past couple weeks, according to a Pioneer investigation.

Since the signs were installed in September 2015, there were problems with the accuracy of the parking spaces available listed on the electronic counter.

According to University Parking and Transportation Services manager Derrick Lobo, “The problem is that folks are driving over both lanes as they enter [and] exit the lots. That throws the count off and eventually locks up the system.”

According to Lobo, to fix the problem, barriers were installed along the entrance and exit lanes during winter and spring quarter breaks, yet inaccurate numbers were still being displayed early on in the spring quarter. Lobo did not confirm if any adjustments would be made to the entrances and exits beyond the previous additions.

An audit of available spaces to the number displayed on the sign over the past few weeks by The Pioneer found that the signs were accurate within a few spots every time, in eight different checks.

According to CSU Mentor, 95 percent of CSUEB students have a car and 85 percent of them live off campus, which is why East Bay is often referred to as a commuter campus.

“They don’t seem accurate to me,” junior Calvin Jones said. “When I get here it usually says about 50 spots but there only seem to be a few available. I feel like a shark looking for food.”

Jones also said that he has been in “multiple” near-collisions with other vehicles looking for spaces during peak parking times.

“I guess around noon is just a bad time,” Jones said. “There’s only a few no matter how many the sign says.”