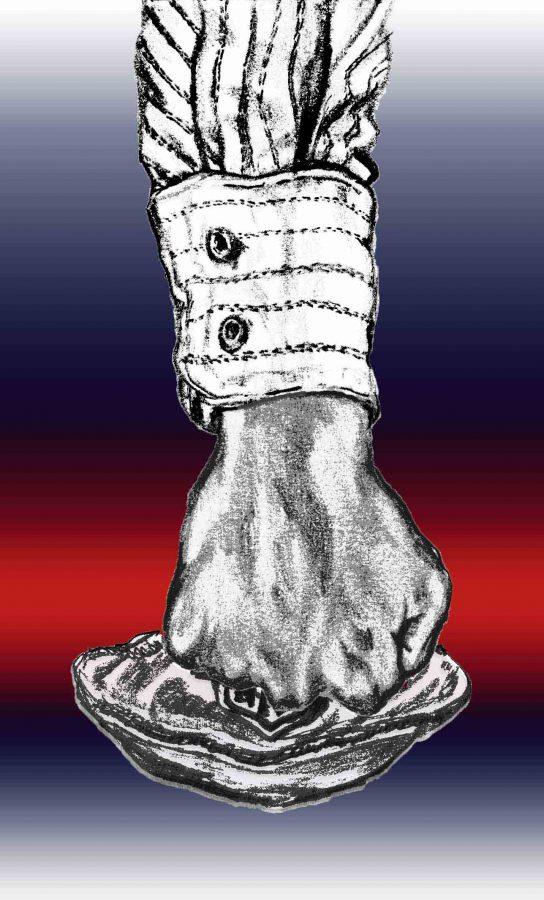 Last week, a federal appeals court ruled that New England Patriots quarterback Tom Brady must serve the four-game suspension that he received as a result of his role in the Deflategate scandal from January 2015. The decision comes after the original suspension Brady received in May 2015 was overturned in a separate court of appeals by Judge Richard Berman, allowing Brady to play in the 2015 season.

NFL Commissioner Roger Goodell made the decision to suspend Brady for four games. He also fined the Patriots $1 million and took away their first round draft pick in 2016, and a fourth round pick in 2017. After all that has occurred, I strongly feel that Goodell should end this ridiculous witch hunt and overturn Brady’s suspension for the 2016 season.

Deflategate stems from the 2015 AFC Championship Game in which the Patriots defeated the Indianapolis Colts 45-7. Late in the first half of the game, a Brady pass was intercepted by linebacker D’Qwell Jackson. The Colts’ training staff took the ball and found that its air pressure measured below the league minimum of 12.5 psi.

The Patriots have a history of trying to bend the rules (see Spygate, the secret videotaping scandal from a few years back) — so many were outraged by another attempt by the team to gain an advantage.

The NFL appointed Ted Wells to conduct an investigation into the events leading up to the AFC Championship Game and what may have caused the balls to be deflated.

On May 6, 2015, a 243-page document titled “The Wells Report” was released. The report concluded that it was more probable than not that Patriots’ locker-room attendant Jim McNally and equipment assistant John Jastremski deliberately attempted to release air from the gameday balls before the game. Wells concluded that it was also more probable than not that they did so at the wishes of their quarterback, Brady.

Folks, I’ve said it before, and I’ll say it again: This whole thing is absolutely ridiculous.
The evidence against Brady and the Patriots in this situation is remarkably circumstantial and impartial. The phrases that Wells used in his conclusions that ultimately indicted Brady were, “more probable than not” and “generally aware.” These allegations are weak and prove nothing at all. They definitely would not fly in a court of law.

So why did they fly? Because this isn’t a court of law; it’s the court of Goodell. The current collective bargaining agreement in place between the league owners and the players association allows Goodell to be the judge, jury and executioner. The 2011 agreement gives Goodell way too much power, and this is just another example of him abusing it.

However, this thing was over before Judge Goodell even had the chance to review the evidence. That’s because he appointed Wells to conduct the investigation. In this case, Goodell, who was acting as both the judge and the prosecution, was able to appoint what he called an “independent investigator” to look into this case.

If you think in any way, shape or form that this investigation was conducted independently, you’re a fool. Goodell definitely guided Wells’ findings to support what he believed to be true, shown by the weak allegations made against Brady in the report.

On to the most ridiculous part: The allegation versus the crime. Even if the Brady did instruct McNally and Jastremski to remove air from the footballs, which I believe he did, it’s just a preference, not some incredible advantage that propelled the Patriots to victory.

Before the interception and playing with deflated footballs, the Patriots were leading the Colts 17-7. After the balls had been filled to regular levels, the Patriots outscored the Colts 28-0. And in the following game Brady played in Super Bowl XLIX versus the Seattle Seahawks, he threw for 328 yards and four touchdowns against one of the best defenses in league history. Brady was named MVP of the game.

You can be certain the balls were fully inflated during that game. And you can also be sure that the balls were also properly inflated in every game Brady played during the 2015-2016 season. Brady literally had one of the best seasons of his career last year, throwing for a league-high 36 touchdowns and just seven interceptions. This all happened while his top three targets, Julian Edelman, Rob Gronkowski and Dion Lewis, all sat out some portion of the season due to injuries.

While Brady knows his crime was minor at best, he made sure to minimize the damage in case the suspension was overturned by restructuring his contract during this offseason. According to sports writer Will Brinson, under his previous contract, Brady would have lost $2.118 million by missing four games during the 2016 season.

Under his new contract, he only loses $235,000. He did this by converting his old $9 million base salary into a signing bonus on his new contract, changing his base salary to a mere $1 million. Take that, Goodell.
But with Brady, it really has nothing to do with the money. He is no doubt the most underpaid player in the league, and that’s because he would rather give the Patriots more money to spend on talent to surround him, increasing his chances to lift another Super Bowl trophy.

That’s what it’s all about these days with Brady: A shot at Lombardi number 5. And the only thing that this four-game suspension does is lessen the chances of that inevitable fifth trophy coming back to Foxborough sooner rather than later.

At this point, it’s clear that air pressure has no effect on Brady’s play. It’s merely a preference. Green Bay Packers quarterback Aaron Rodgers came out and said that he tries to have his equipment guys inflate his balls as much as possible. No witch hunt there.

And for all you Bay Area fans labeling Brady as a cheater, save it. San Francisco 49ers legend Jerry Rice admitted to using Stickum, a glue-like substance, on his gloves during his time within San Francisco. Please prove to me that a little less air in the football is more of an advantage that putting glue on your hands to increase your catch rate.

At the end of the day, I don’t care what you have to say about Brady or Rice. They are both the greatest of all times at their positions. What I do care about is the fact that this childish suspension has been reinstated, and it will dominate the headlines from up until the start of the regular season.

So, Goodell, the ball is in your court. Do the right thing and call the suspension off. Doing so will do wonders for your already tarnished legacy, and it will give the Patriots justice.