Stop pitting women against each other on social media 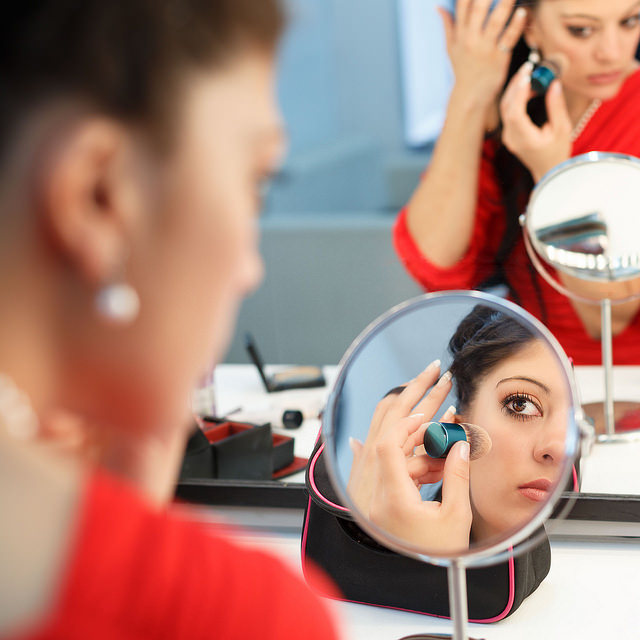 In the current digital age we live in, social media reigns over most of our lives. We convince our online following that we are the protagonists of a perfect life, and we subtly but voluntarily compete with each other through the way we portray ourselves on our personal online accounts.

But for some, especially girls and women, digital-era competition has become less voluntary, more imposed and primarily based on appearance. The Ayesha Curry versus Kim Kardashian comparison that recently swept the Internet serves as a pivotal example of how social media, and the media in general, pit women against each other.

Golden State Warrior and current NBA MVP Stephen Curry has been in the limelight the past few seasons and his “perfect” wife Ayesha and their children have also captured the attention of many. Last December, Curry tweeted about her personal preference of “keeping her stuff covered up for the one who matters” when she steps out of the house.

A few months later, in early March, Kardashian tweeted a naked full-frontal selfie where she placed black censor bars over her intimate parts. Neither one of them directly targeted the other, but the Internet was quick to compare the two posts and women involved.

Both of these women clearly present themselves very differently in public and statements along the lines of “we have too many Kims in this world, and not enough Ayesha’s” bounce around from Twitter to Instagram accounts daily. Both women have become the standard of high and low, to which the average woman is compared on all major social media platforms.

This type of social media-instigated competition is not a new or strange phenomenon. In the music industry, Adele can hardly enjoy a certain level of success without the media bringing Taylor Swift’s album sales into the mix, under headlines that state that the success of one makes the other look like a “nobody.” In the entertainment business, headlines often tell us how “jealous” Kylie Jenner is of big sister Kendall for her ongoing success in the modeling industry.

Just last week, two of our nation’s current presidential candidates engaged in a “Twitter war” after Donald Trump retweeted a picture of an unflattering shot of Ted Cruz’s wife next to a glamour shot of his own wife, agreeing with the caption on the photo that read, “a picture is worth a thousand words.”

For critics on social media, the degree to which Curry and Kardashian are being compared has very little to do with their personal success and very much to do with how they choose to dress — or not dress — in this particular case. This is the larger issue with this comparison game.

Both of these “types” of women can coexist without the world having to choose which one is better. Society shouldn’t have to put one down in order to praise the other or lose its mind every time one makes a decision that others don’t agree with.

In 2012, Time magazine reported that female bullies target other females in the workforce 70 percent of the time. It becomes harder to support our female colleagues and peers when we are constantly told that women are our biggest competition simply because of our shared anatomy. Workplace bullying or competition in relation to appearance may vary from place to place, but the need to compete with one another is born long before a woman enters the workplace.

Many girls and women have close friends that do things much differently than they do. They make different clothing and makeup choices and they have different role models. But just because one wears a longer skirt or shows less cleavage does not mean that one is more deserving of respect than the other. More importantly, a woman is not limited to identifying herself as an “Ayesha” or a “Kim.” I am neither.

When social media tries to pit women against women, they are pitting women against their friends, coworkers and colleagues, among others, and it is tiresome. I never signed up for it and I am sure I can speak for most women when I say that unless I am competing with someone for a job, a promotion or in a soccer match, I want no part in it. There is enough success to go around for all.

There seems to be something about women empowering each other that bother many, but becoming aware of the division among us that is constantly being encouraged is a great place to start fighting back. Standing shoulder-to-shoulder in a male-dominated world is what has lead women to successfully create change in the past. Voting rights were not accomplished through catfights with one another, and our ongoing fight for equality in the workplace will not be either. We will always be stronger together than we will be apart.