Trump dominates the GOP in a racist America 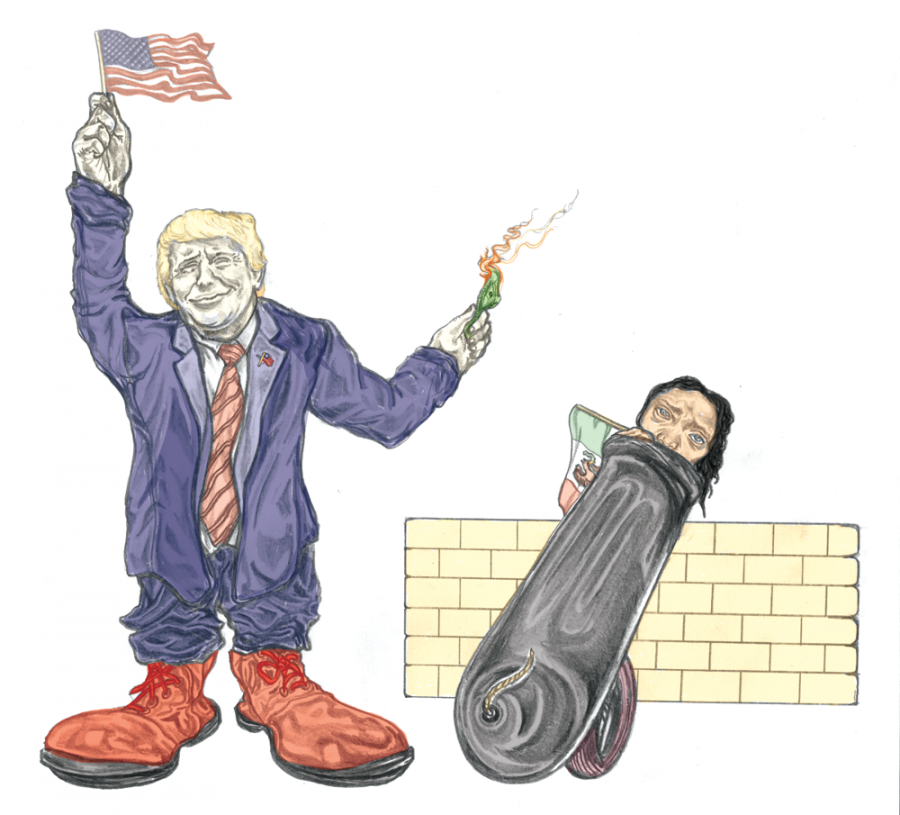 It was sunshine and warm weather in Hawaii and Mississippi when Donald Trump won three more states, and their delegates along with them, during the presidential primaries. However, in California, Vermont and Oregon, the weather remains cold, rainy and drab: the liberal states appear to cry for the nation as we inch closer and closer to a Donald Trump nomination.

The Democratic Party has consistently engaged in meaningful debates. Meanwhile, the Republicans have been fighting dirty, constantly hitting each other below the belt with insults involving each other’s wives. Trump will lose against either Democratic candidate because in regard to a solid political policy, he has nothing to show. However, his rise to power showcases the racism still prevalent in America.

Trump is a force to be reckoned with. He won three states, tied with Cruz on another and lost Ohio, John Kasich’s home state. He has won 736 delegates in 20 out of the 30 primary elections, according to The New York Times. Trump needs 1,237 delegates to secure the Republican nomination.

Trump is originally from New York, so if he wins in his home state, it will widen his lead considerably. “If I win New York, [the election] is over,” Trump said in an interview with The Hill Newspaper on Jan. 6.

Cruz is the only real competition left in the race. However, he is toast if his losing streak continues.

Kasich should have dropped out of the race by now, but hasn’t. He won Ohio but that is sure to be his only victory. He has yet to win in any other states and that is unlikely to change, due to Trump’s popularity.

Trump will become the GOP nominee. He is charismatic and he is rich, really rich. “Rich people think about money logically, while average people see money through the eyes of emotion,” wrote Steve Siebold in his book “How Rich People Think.” Some Americans look at the trillions of dollars of national debt the U.S. has accrued and feel the urge to elect a leader who can rectify the situation. However, it is naïve to believe that Trump is a great businessman simply because he is rich.

Time Magazine listed Trump’s top 10 business failures in April of 2011, which included his acquisition of Trump Airlines for $365 million in 1990. He added maple-wood veneer to the floors, chrome seat-belt latches and gold-colored bathroom fixtures. In 1992, the airline was seen as too extravagant and the soaring gas prices of the pre-Gulf War era caused the business to fail. Subsequently, Trump defaulted on his loans.

Trump’s campaign is focused on barring Muslims from entering the country, deporting 11 million illegal Mexicans from the U.S. and building a wall on the border, which “Mexico will pay for.” With idiotic and racist policies like those, it is no surprise that uneducated White people support Trump. He plans to keep his supporters stupid. At a Tea Party convention in South Carolina in January 2015, he stated that as president he would cut funding to the Department of Education.

Ninety-one percent of Trump supporters are White and more than half of Trump-backers are female. Of those people, half are between the ages of 45 and 65, 34 percent are 65 or older and only two percent are younger than 30. Half of his voters have a high-school diploma or less, and only 19 percent have a college degree, according to a study conducted by Hoover Institution, a public policy think tank based out of Stanford. Eighty percent support the ban on Muslims from entering the country, 70 percent support the right to possess a confederate flag, 38 percent wish the south won and 16 percent believe Whites are superior, according to a poll conducted by Public Policy Polling in South Carolina. The PPP use voter registration information and purchase sample lists, which link voter registrations to phone numbers.

Former Grand Wizard David Duke of the Ku Klux Klan pledged the support of the KKK to Trump, which he would not deny on national television.

Duke still has a strong voice in the realm of White supremacists nationwide although he is no longer the leader of the KKK.

Duke is also known for his failed attempts to become the President of the United States in 1988 and 1992. Duke was the precursor to Trump, a social figure who believed that being famous was enough to qualify a candidate to become POTUS and planned to bring back a segregated America. Trump disassociated himself from Duke on Twitter in February, according to U.S. News and World Report reporter Gabrielle Levy.

Trump understands that many of his older white voters do not use Twitter, so they couldn’t have seen him disavow Duke. These viewers will continue to believe that Trump has no problem with the KKK.

Trump is also supported by the following white supremacist groups: The Daily Stormer, a neo-Nazi news site, American Renaissance, a white supremacist magazine, League of the South, a white supremacist secessionist group and the National Policy Institute, which promotes the “heritage, identity, and future of European people,” said Daniel Marans and Kim Bellware in the Huffington Post in August 2015.

Trump does not do well against his Democratic counterparts. In a poll of 920 people conducted by CNN from Feb. 24 to 27, the participants said Clinton would beat Trump in the presidential election 52 percent to 44 percent and Sanders would edge Trump 55 percent to 43 percent.

As long as the Democratic Party avoids any major scandal, Trump stands no chance of becoming president. Trump embodies the racism that plagues our country and holds us back from making America great again.