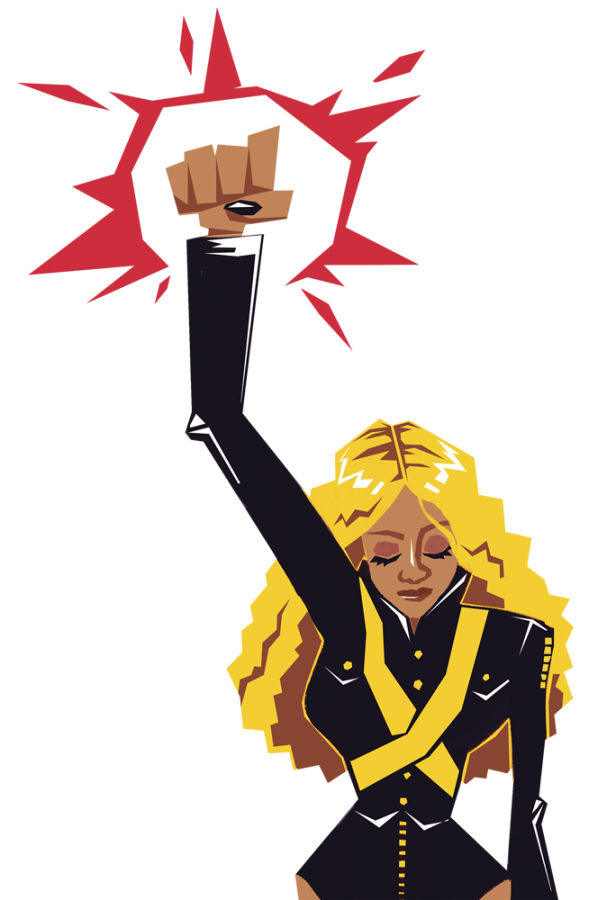 Beyoncé Knowles told the world that she loves her blackness and the world should love it back when she released her new music video and performed at the Super Bowl 50 halftime show.

On Feb. 6, she released a new music video and song called “Formation,” which she debuted a day later at the Super Bowl 50 halftime show. In the video and halftime performance, the Houston native did something she has never done before: she strategically meshed politics with her performance by using dancers, wardrobes and choreography to support the Black Lives Matter movement.

The video, the song and the performance is a tribute to black citizens — there is no denying that. Being that I am an African American female, the fact that she did this had an immense impact on me, because it felt like she was fighting for me.

“Formation” is centered around the idea of embracing African American attributes, such as “afros” and “negro noses” that have been used in racial attacks against her, her husband, her daughter and Blacks in general.

Black people and black women in particular, have been degraded for far too long; it was time Beyoncé used her platform to let the world know that Blacks are here, that we love us no matter what and we want the world to know how we feel.

Beyoncé’s “pro-black” Super Bowl performance payed homage to multiple historic Black icons. Most prominent being the Black Panthers, a Black organization based in Oakland, as her dancers wore black berets and danced with their fist in the air. She also coordinated her dancers to form an X, which was an obvious nod to Malcolm X.

Her performance provoked a massive amount of attention and controversy amongst the millions who tuned in and sparked positive and negative feedback from news outlets and social media across the nation.

While many applauded Beyonce’s show, others belittled her actions and accused her of being anti-cop, claiming she used her platform in a negative way by exhibiting racism.

Rudy Giualiani, former New York Governor, showed no remorse for the star as he was convinced she attacked officers, “I thought it was really outrageous that she used it as a platform to attack police officers who protect her…what we should be doing in the African American Community…. is build respect for police officers,” he said during an interview on Fox News Channel.

Many people agreed with Giuliani: endless tweets saying Beyonce was hypocritical, shameful, ridiculous and did not glorify any other race. Though in no way did she discriminate against anyone while doing so.

When a Black female artist, uses her influence to bring attention to how much she appreciates being “Black,” it is expected she will receive criticism and negative comments from individuals who do not truly understand her intentions. In saying that, too many are caught in understanding the kind of representation that only relates to them, and when it doesn’t, they down-talk ones’ actions.

Too many people have the false belief that pro-blackness equates to anti-white since pro-whiteness is enriched in racism and is connected to white power and violence. Or that fighting against specific cop’s actions is anti-cop, when it’s not.

The fact that she had police officers holding their hands up in front of a black boy in her video, resembling the same attire Trayvon Martin was wearing when he was killed, is resistance. Displaying a visual in her video with a wall tagged with the phrase “Don’t shoot us” in clear view is resistance. Dressing up as Black Panthers is resistance. Expressing how she will never change who she truly is, no matter how much money she has or what platform she is placed on, is resistance.

She chose not to compromise her feelings towards media, the system and society in general and bring to light social issues she felt were important. That 102 unarmed Black individuals were killed by police officers in 2015 matters to her, having pride for her culture matters to her, making others feel proud and having love for themselves matters to her.

Beyoncé’s performance should matter to people all over the nation. It matters to the people who are ridiculed because of their hair, to the family and friends of the innocent lives killed by officers; it matters to every person that ever felt they were not important because of others.

In the span of two days, she went from solely an entertainer, to an entertainer and activist. The lyrics, “Come on ladies now let’s get in formation,” encouraged the idea of nonviolent support, to stand up against every negative thing said or done to an individual.

The 20-time Grammy Award-winning artist displayed a sense of resistance, a peaceful resistance that spoke louder than many could fathom. She expressed self-love as a response to an errant, capitalist, misogynistic system, in the most cordial way possible, undeterred by the never-ending self hate that is being fed to Blacks and other people of color.