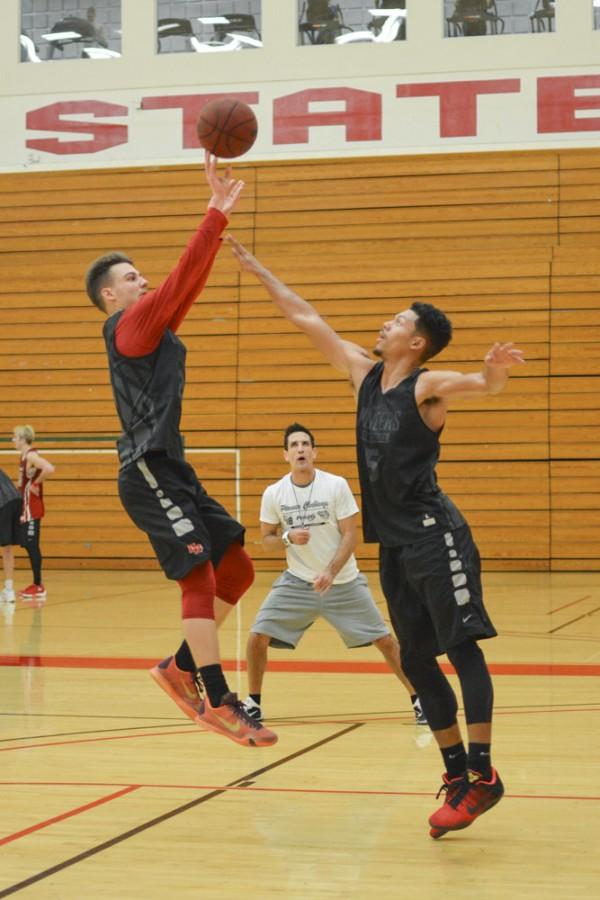 Winning one of two games on the road is usually a good thing. However, for the Cal State East Bay men’s basketball team splitting games isn’t going to get them into the postseason.

The Pioneers fell 64-56 on Friday to Chico State (18-3 overall, 12-2 conference) but bounced back with a victory over Cal State Stanislaus (5-14, 4-10) on Saturday, 73-53. CSUEB is now 8-14 overall and 4-11 in California Collegiate Athletic Association Conference with just five regular season games left on the schedule.

The Pioneers trailed Chico by only one point at halftime, 27-26, but could not muster up enough offense to complete a second half comeback. Junior guard Jalen Richard had a great game for CSUEB in the loss as he accumulated 22 points in 34 minutes on the floor.

“I was really impressed with our ball screen defense and our ability to take away the three-point line from Chico State,” CSUEB Head Coach Gus Argenal said. “We were also able to rebound them and be solid on the glass, and if you’re able to do that against Chico you have a chance to win. That game came down to winning plays at the end and getting a couple more stops.”

Unfortunately for CSUEB they weren’t able to make those plays or get those stops and the Wildcats outscored the Pioneers 37-30 in the second half for an eight-point triumph. Senior guard Alex Carmon added in 10 points for CSUEB in the loss.

That defeat didn’t dampen the spirits of the Pioneers and they were able to bounce back against Stanislaus the next day. CSUEB controlled the game from the tip off and amassed a huge 16-point lead going into halftime, 35-19. However, the Warriors came out with a renewed intensity in the second half and challenged the Pioneers, but they were just too much for Stanislaus and handed them a 20-point defeat on their home court.

“In the second half we took our foot off the gas pedal when it comes to the defense and allowed Stanislaus to get confidence,” Argenal said. “I was extremely proud of our guys and the way they stepped up to the challenge and fought off their comeback. At this postseason no team is going to go away quietly, you have to put them away. I like the way we responded when they made the runs.”

Richard once again led the way for CSUEB and scored a game-high 30 points in 37 minutes of playing time. Senior forward Jack Pasquini also played a great game in the win as he collected 15 points and 10 rebounds in 31 minutes.

“For us to be successful we have to have seniors in our leaders step up a key moments,” Argenal said. “When we get those type of performances we are hard to beat.”

The Pioneers will be on the road two more games before they finish up the regular season at home. Next up for CSUEB is a trip to Arcata to take on the Humboldt State Lumberjacks (15-6, 9-6) today at 7:30 p.m. at Lumberjack Arena. Then on Saturday they will travel again to take on Cal Poly Pomona (18-4, 11-4) at 7:30 p.m. at Kellog Gym.