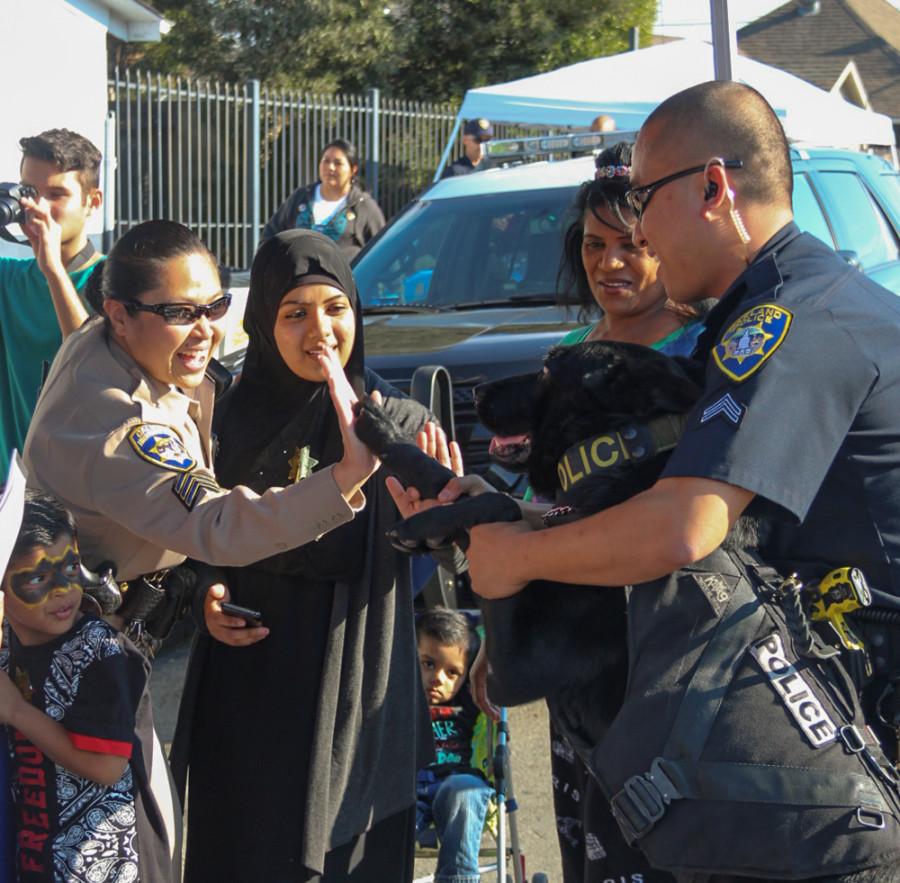 In recent years, it has been a priority for the City of Oakland and Mayor Libby Schaaf to add more police to the department.

For the second consecutive year Oakland did just that, when the Oakland Police Department held a graduation for 35 new officers on Oct. 30. In 2010, OPD had massive layoffs and their numbers were down to just more than 600 officers and had not added any officers since 2009. However, for the second year in a row, the department has added officers in hopes of reaching their goal of 800 by 2017, according to Schaaf.

The recent class increased the overall number of OPD officers to 735 and is being praised for its innovative tactics to create trust between citizens and the police. Some techniques like community outreach, block parties, beautifying neighborhoods, recruiting from Oakland as well as an increased transparency of the department all together. Schaaf has placed an increased emphasis on having more Oakland residents become police officers.

This year’s class features eight Oakland residents, many of whom were raised in the city. In addition to those locals, there will also be several new officers who bring diversity to the OPD, which reflects the community. Some of the recent graduates are bilingual in languages like Spanish, Cantonese, Hindi, Khmu, Arabic, Punjabi and Vietnamese.

Oakland Police Chief Sean Whent explained that the department has increased efforts to create a more diverse police staff and the most recent graduating class reflects the push for diversity. Of the 35 graduates, 10 are Latino, nine are White, six are Asian, five are African American and one is Filipino.

Police departments around the country have been put under a microscope recently in the wake of officer involved shootings and deaths of citizens. However, Whent does not fear the added focus on his department.

“The OPD of 2015 does not fear scrutiny,” Whent said at the graduation. “We are proud of the manner in which we police.”

New officer Alexis Mejia is one of the eight Oakland residents from the graduating class and he was also raised in the city he will patrol. Mejia said that while growing up in Oakland, all of his experiences with the OPD were positive and they would come to his school and apartments to talk to people.

“I know firsthand the power that positive policing can have on the community and I will ensure that I have the same effect on others, especially the youth, as those officers did on me,” Mejia said at the graduation.

One of the techniques the OPD is using to bridge the gap between the department and citizens is community engagement, which was on full display in East Oakland on Saturday. A block party on 71st Avenue and Hamilton Street celebrated the renovation of the neighborhood and gave residents the chance to interact with members of the OPD, the California Highway Patrol, Oakland Fire Department and Mayor Schaaf who made an appearance.

“Events like these are important because people in the community need to know who we are and that we are here to provide safety,” OPD officer Erin Mausz said. “Trust between the community and officers is crucial. This is a great way to do that.”

The event featured free turkeys, lunch, music, video games, information about the department and much more for citizens to participate in. With a new academy class already underway, Schaaf believes they can meet their goal of adding at least 65 more officers by 2017.