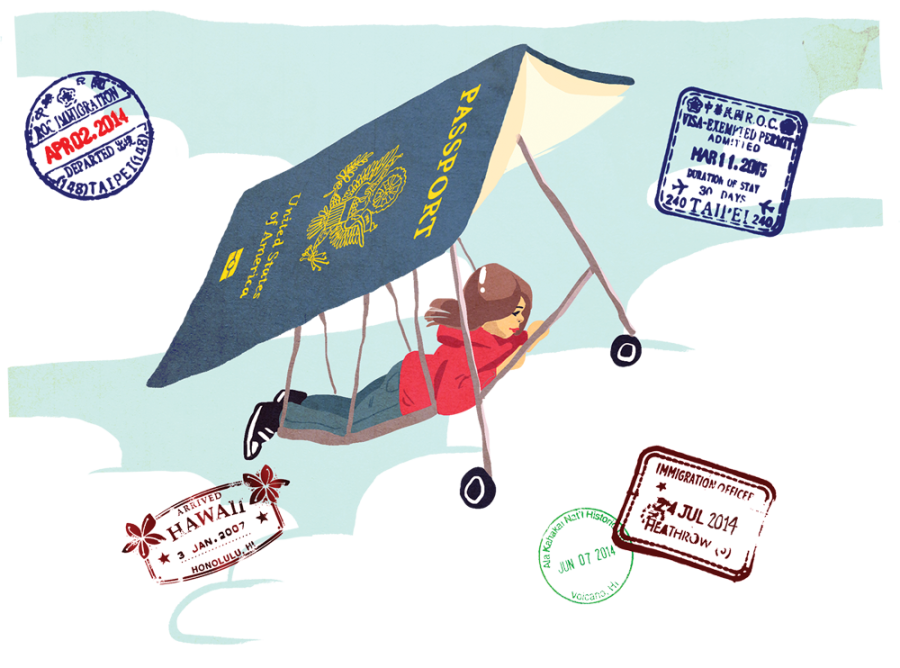 Each year students pack up and move out, not to go home but to journey across the pond for the chance to study in another country.

Last year almost 300,000 students left the U.S. to study abroad, an increase of two percent from previous years, according to the Institute of International Education. Most students chose to travel to the United Kingdom, Italy, Spain, France and China.[mks_pullquote align=”right” width=”300″ size=”24″ bg_color=”#85c1aa” txt_color=”#000000″]”It was the best decision I had ever made and would do it again, the more I explore and learn, the less I actually know”   -Ofelia Santos[/mks_pullquote]

“The goal is to make study abroad more feasible for our students and promote the experience as a worthwhile opportunity,” said Cheatham.

The most sought out program is CSU International. Through this program, students can take major, minor or GE courses abroad for a full academic year. For some students, a year is too long to spend away from home.

In those cases, ISEP gives the option of a shorter program, which only lasts a semester.

“We also offer exchanges with a few universities abroad as well as National Student Exchange where our students can participate on a more domestic level,” said Cheatham.

Students can travel abroad solo or they can go in a group. The British Documentary Experience, a summer London program took roughly 24 students, from different departments, to London to study the history of documentary film and create a short documentary.

“I met some of the most beautiful people in London and I plan to know everyone that went to London for many more years to come,” said sociology major, Roxana De La O Cortez, a student from the summer London program. “They became my family.”
A lot of students have expressed the desire to go abroad, however there are many factors they face that could make the journey seem unfeasible — one being the money factor, according to Cheatham.
“The process was easy, the only obstacle that I came across was money at first, but I did not want that to hold me back so I had to figure out a way to make things happen,” said Cortez.

While financial aid is an option for students, many students from the London program specifically have stated that their financial aid didn’t cover their trip overseas.

Communications major, DaRyn Merriwether, explained that she spent all of her financial aid while they were overseas, but when they came back, the CSUEB Office of Financial Aid said she had to pay it all back.

“I wasn’t awarded financial aid for my study abroad program and when I was they asked for it back,” said Merriwether. “They said it wasn’t supposed to be given to me in the first place.”

Merriwether explained that she used the money that was given to her to cover the cost of the London trip as well as expenses when she arrived. After returning to the states, the financial aid office informed her that she had to pay it back because the British Documentary Experience did not qualify as a standard study abroad program because of the length of the program. As a result, Merriwether has had her financial aid garnished.

At the time of publication Stephen Faletti, the Study Abroad Financial Aid advisor, was unavailable for comment.

Cost can vary depending on the program students pursue to go abroad. For CSUIP, the cost includes tuition, room and board as well as other miscellaneous fees, explained Cheatham.

She said that each students financial aid package varies so it’s important that they meet with financial aid to examine their options.

Although some students have had their trials with the study abroad program, there are still plenty of students who think of it as a highlight of their college career.

“It was the best decision I had ever made and would do it again, the more I explore and learn, the less I actually know,” stated Ofelia Santos, an International Studies major at CSUEB, who studied abroad in Taiwan for a year. “This experience has changed the way that I view the world.”