The cuisine congestion of CSUEB 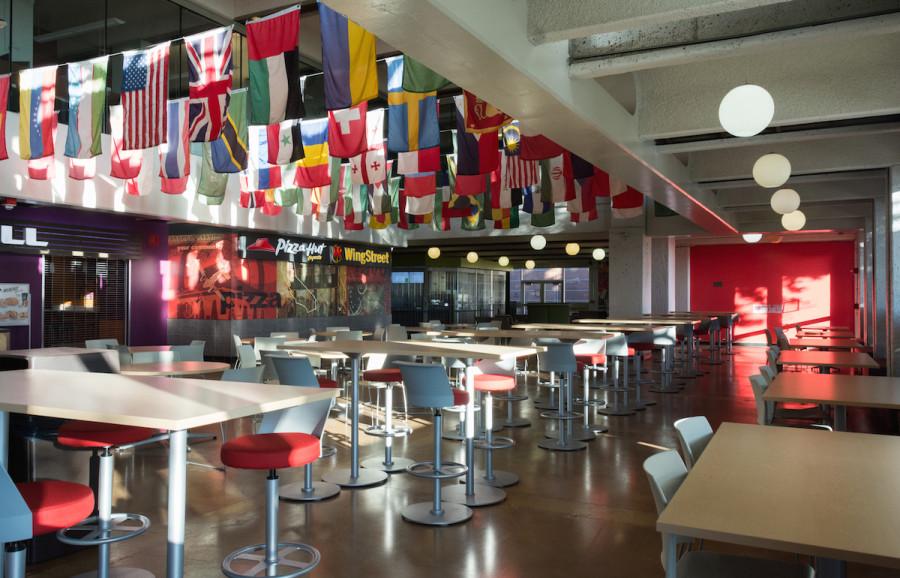 I was surprised today when I received an email from Cal State East Bay asking me to participate in a “dining services survey”, with the possibility of winning a gift card for my effort. I initially appreciated this random and surprising interest that the school suddenly has in resolving its woefully inept dining situation, but after a moment of pause, my response instead became: “Why does the school need a survey to figure out there isn’t enough food on campus?”

Going through this survey from the university, it’s clear that there’s an extreme disconnect between the everyday reality of the student body and that of the administration. Anyone who’s been a student at East Bay within the past five years, if not longer, can attest to the sea of bodies that needs to be waded through in order to get a bite to eat on this campus. Though there are moments here and there throughout the day when the lines for food are reasonable, the vast majority of the time most students can expect to wait anywhere between fifteen to twenty minutes to eat, sometimes longer.

Any person dining on campus is affected by the inherent lack of eateries. Generally, students who have an hour or more to kill between classes are in the best position to wait and be fed, but those with minimal gaps of time in their schedule are forced to participate in a daily crapshoot to determine whether or not the length of the lines will permit them to eat.

This survey is irksome because it shouldn’t take the assumedly thousands of dollars it’s costing the school to conduct this in order for the administration to create a solution. To repeat, this has been a problem for years. Do the administrators not eat on campus? Are their meals relegated to fancy restaurants off-campus, where their plates are paid for under the auspices of being a “business expense?” Here’s an instantaneous survey, East Bay admins-walk to Panda Express at noon and see how long it takes to get a bowl of fried rice.

The students of CSUEB have languished so long under this untenable dining situation, it is inexcusable. Making matters worse, the survey isn’t setup to provide any sort of quick resolution, either.

Questions about the importance of “sustainability and environmental impact,” as well as how engaged the student is with “sustainability and environmental responsibility initiatives” are certainly laudable, but how much bureaucratic red tape is the school trying to tangle itself in by not addressing these issues regardless of which checkboxes are marked?

In 2015, the university should have an obligation to make sure any potential new dining facilities be responsibly run, with as much attention to ecological sustainability as possible — period. Incorporating every environmental whim and desire of the student body into the planning process is inviting a multitude of needless complications.

That said, it’s key to understand that what is possible doesn’t necessarily equate to what will make everyone happy. It won’t matter what restaurants go up on campus, because it will ultimately be a no-win scenario. Some people want no-name, tiny shops with a green agenda, but that often brings with it a more limited choice of food options and higher prices.

Others would love the convenience of an establishment like a Wendy’s to swipe a burger and go, and not have to pay out the nose to do so. There is room for overlap, of course, but generally speaking East Bay shouldn’t be unrealistically concerning itself with pleasing every student about what goes up on campus. At this point, the biggest concern is simply getting something built.

This current debacle is the result of years of neglect on the part of the administration. The admins were clearly enthusiastic about constructing new housing, new offices and everything else in-between from the early 2000s until now, with the intent of increasing enrollment (and thus, cash flow), but apparently it slipped their minds that all those fresh new faces would need food put in them.

The survey I completed tonight is a start, but the lackadaisical pace at which the administration continues to approach on-campus dining is disconcerting, to say the least.

The school needs to make what establishments it can as green and sustainable as possible, but also shouldn’t set unattainable goals that will strangle the development process.

The key here is to get up, get moving and make it happen sometime before the next millennium.