Here’s a list of films to watch during Black History Month that help to explore and celebrate the depths of the African American experience throughout history.

Guess Who’s Coming to Dinner? (1967)
The Drayton’s daughter brings home her African American fiancé, forcing her parents to reevaluate their view on interracial relationships in the process.

12 Years A Slave (2013)
Solomon Northup, a free black man from upstate New York, is abducted and sold into slavery.

Glory (1989)
Robert Gould Shaw leads the first all-black volunteer company in the U.S. Civil War while facing opposition and prejudice from both the Confederates and his fellow Union army soldiers.

The Great Debaters (2007)
A drama based on the story of Wiley College professor, Melvin B. Tolso and the first debate team at that college.

Cry Freedom (1987)
South African journalist Donald Woods is forced to flee the country after attempting to investigate the death in custody of his friend the black activist Steve Biko who spearheaded the Black Consciousness Movement in South Africa during the apartheid.

A Time to Kill (1996)
A white lawyer defends an African American man standing trial the murder of two white men who beat and raped his 10-year-old daughter.

Selma (2014)
The chronicle of Martin Luther King’s campaign to secure equal rights through a march from Selma to Montgomery, Alabama.

Higher Learning (1995)
Race, rape, responsibility and education collide in John Singleton’s portrayal of college life in the 90s on a campus already divided along racial, socio-economic and gender lines.

Red Tails (2012)
A crew of African American pilots in the Tuskegee training program, face segregation while kept mostly on the ground during World War II.

Bamboozled (2000)
Frustrated in his job, an African American TV writer pitches a blackface minstrel show in protest that turns into a huge hit.

The seven Bay Area Public Health Officers who ordered a shelter in place in mid-March will extend the orders through May 31 while some restrictions ar...

The next morning, I woke up feeling weird. I felt nauseous. I had a knot in my stomach, still shocked, from what I watched. My mother had been dealing... 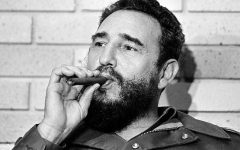 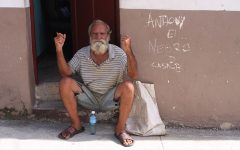