The New Haven Teachers Association (NHTA) announced it has decided to conduct a contractual workday, “Work-to-Rule” for two weeks starting Monday due to the breakdown of negotiations over benefits, including medical.

There are about 600 teachers working for the NHUSD. They have been working without a contract since July, 14  2014.

”The teachers, counselors and school psychologist are working without a contract because our contract expired June 30, 2014, and we have yet to be able to reach an agreement with the District,” Paul B. Stickland, president of NHTA said.  “NHTA and the District jointly declared Impasse because there was no further movement in negotiations,” he added.

“We are asking for coverage equivalent to Family Kaiser Healthcare.  We have had this coverage for many years now.  We are not asking for anything that we did not already have. We have also allowed the District to borrow against our retiree healthcare trust to help them remain solvent when the State cut the District’s budget,” said Stickland.

During the Work-to-Rule period, homework will not be assigned, and work that is assigned during the day will be limited. There will be no after-school clubs, PTA meetings or answering emails during non-contractual hours.

“NHTA will be conducting a Work-to-Rule Action from January 26th to February 6th. This decision was not made lightly. The Organizing Team feels that it is time to show the District that we work far beyond our contractual hours which directly benefits and enhances the education of our students. This is but a small taste of what a strike would do.”,NHTA explained on its Home page.

“All sites will be sending home a Work-to-Rule letter to parents explaining what it means.  A letter for each level has been written and will be delivered by your Organizing Team member. Copies will be made for teachers to send home.We will work a 7-hour day. All teachers will walk into school at the same time, and all teachers will leave school at the same time. Sites will decide what those times will be.” [CQ],   NHTA announcement states.

John R. Mattos from the district who works as Coordinator, District Safety, and Risk Management, stressed that compensation seems to be the outlining issue.

“A contract has many different pieces, and the district and the union have come to tentative agreements on many of the contract pieces. There are still some big pieces that we haven’t really came together on; compensation, salary and benefits, and class size,” Mattos said.     Teachers and students have had to endure furlough days for three years, teacher salaries were frozen or cutback over a span of seven years as a result of budget cuts spurred by the recent recession.

“The District has broken its promise that when we agreed to cuts (24 furlough days, step and column freeze, 1% pay cut) and times were better, we would not be fighting the fight we find ourselves in – their attempt to cap our healthcare. They would honor the sacrifices we have made and not change the way our healthcare is funded.”, the NHTA said on its homepage.

When notified of the impasse, parent, Natalya Osorio said,“I’m not happy about it, we are paying a lot of taxes, and I feel at least for our children we should get good education, it’s most important.”

Some other parents were uninformed about the Work-to-Rule when asked about it, and had no clue that teachers had been working without a contract.

Teachers said they understand that this decision can affect their students, but they also feel when its a direct effect to their livelihoods they must act on problems such as this.

“I hope they get a contract, going on strike would be a huge problem,” said Melissa Doe a parent at Pioneer Elementary school. 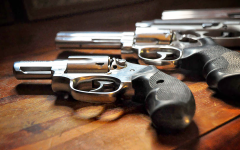 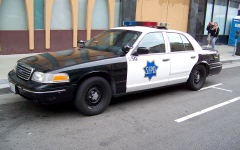 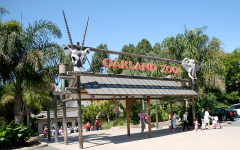 By Sam Richards, BAY CITY NEWS SERVICE After almost four hours of impassioned testimony from all sides of the issue, the Richmond City Council voted... 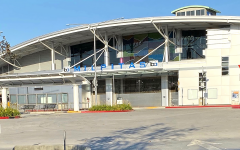