With controversial cases such as the shooting of Michael Brown, and the illegal chokehold of Eric Garner, police departments are under public scrutiny. A proposed solution presented by President Obama and other political leaders sparked the interest of many: have officers wear body cameras in order for citizens to entrust law enforcement officers.

The implementation of body cameras may be seen as a possible solution in disputing police brutality, according to Congressman Doug LaMalfa in the Congressional Record of Dec. 9, 2014. The body cameras will be worn at all times, and must be turned on when interacting with citizens as a first step to greater transparency and accountability.

According to Shirley Li, a writer for The Wire, the footage captured will be stored on cloud based servers immediately after it is filmed, so that footage cannot be tampered with. The film from these body cams will be kept on file and accessible to the public through police websites.

This footage can give individuals a better chance to be prosecuted fairly with a just trial. Richmond, Ca. is one of the many cities that joined in on using body cameras to better serve the community.

“The cameras will hold police accountable for what they say and do and don’t do, and we expect they will increase productivity and decrease citizen complaints,” Captain Mark Gangan of Richmond told the Contra Costa Times.

Police departments in Southern California such as the Los Angeles Police Department and Rialto Police Department have adapted using body cameras over the past couple of years, but as more cases against officers surface the topic of conversation for police to wear cameras has grown across the nation.

Other cities within the East Bay that have either placed police body cameras into action or are planning on joining includes Oakland, Union City, Gilroy, BART police and also East Bay Regional Park officers.

Some police departments, such as the one in Stockton, Ca have received funding from a private donor to help get body cameras. Richmond Police Department has spent over $84,000 on purchasing the first batch of cameras, according to Gangan.

“A lot of departments are finding that for every time they’re used to record an abusive officer, there are other times where they save an officer from a false accusation of abuse or unprofessional behavior,” stated Senior Analyst Jay Stanley of the American Civil Liberties Union, in an article on Vox.com.

Rialto, Ca., has shown a positive impact from police cameras and how they continue to help the community. According to an article on the Wall Street Journal’s website, within one year of a pilot program in 2012 introducing body cameras, the citizen complaints against police officers decreased by 88 percent and the use of unnecessary force from the police officers dropped close to 60 percent. Although the body cameras may have great potential, they still face some challenges, such as battery life, and obtaining the budget for cameras.

“There’s plenty of battery to record most of the serious incidents that any office is likely to encounter in any shift, but not necessarily enough to record all of every shift,” said Jay Stanley, the senior police analyst of ACLU told Contra Costa Times.

The next issue is that not all cities in California can afford to pay the price the Police Executive Research Forum, a law enforcement think tank, estimated to be $800-$1,200 per device. From whitehouse.gov, President Obama, proposed a budget for $263 million dollars to help fund police departments to purchase the body cameras, but it was not included in the budget congress passed in December. 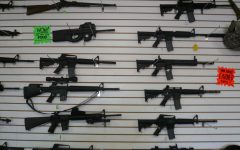 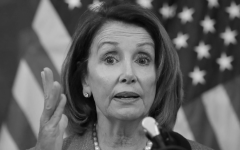 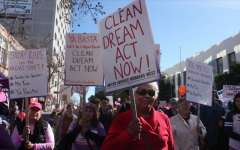 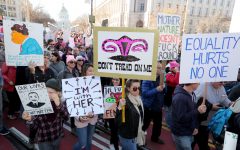