The “A’s Way” and where the franchise is headed

The A’s are famous for losing their franchise players in their prime. This is common knowledge, and yet it hurts more and more each time it happens to the green and gold and their faithful fans. Jason Giambi (Yankees), Tim Hudson (Braves), Mark Mulder (Cardinals), Miguel Tejada (Orioles), Barry Zito (Giants), Rich Harden (Cubs), Gio Gonzalez (Nationals), Yoenis Cespedes (Red Sox), and now the self-proclaimed “Bringer of Rain” Josh Donaldson (Blue Jays). The only thing keeping A’s fans sane is that the majority of these losses were mitigated by subsequent acquisitions. The Donaldson trade will be no different, in fact it’s quite similar to the trade that brought him to Oaktown in the first place.

In 2008, the A’s traded then-ace Rich Harden to the Cubs in a “rebuilding” move while the team was in a pennant race. To most A’s fans, this was the trade that hurt the most of all the heartbreakers (sorry, Yoenis). In return, the A’s received Matt Murton, Sean Gallagher, and Eric Patterson, who combined to do absolutely nothing in their brief time in green and gold. However, the last player acquired in the deal was a low-rated catching prospect named Josh Donaldson, who in 4 years would become the face of the franchise and one of baseball’s best all-around players. Every Billy Beane deal follows this model.

Trade your best player as he becomes too expensive, and trade him at his highest value point. In return, grab 2 or 3 major-league ready young players and one minor league flier. The A’s traded Josh Donaldson at his highest value last Friday, for two major-league ready pitchers in Kendall Graveman and Sean Nolin, a major-league caliber third baseman in Brett Lawrie, and a shortstop prospect (Franklin Barreto) who fills the void that Addison Russell left last July. The question is, though, are these four players worth giving up a player who is consistently rated alongside Mike Trout in total wins above replacement? Time will tell.

Yes, Donaldson is a franchise player. Yes, he’s a fan favorite and one of the most well-liked players in Oakland in the Billy Beane era. And on a personal note, he’s been my favorite player since the start of the 2013 season. But he’s also 29 years old and would have cost around 45-50 million dollars over the next 4 seasons, whereas the incoming players will cost somewhere around half that in the same time frame. The reason the payroll is being cut (Samardzija’s $12M+ contract will be traded soon enough, Kazmir’s 11M as well) is so that payroll can be added and young talent can come in.

The same moves were made after the 2011 “make-or-break year.” The 2011 A’s went for it all, shelling out unparalleled cash on veterans and going for a western division crown. It imploded, and Billy sold all assets. Gio Gonzalez, Trevor Cahill, Josh Willingham, Kevin Kouzmanoff, David DeJesus, Mark Ellis, and Andrew Bailey all left and young talent replaced them. Young talent like Yoenis Cespedes, Josh Reddick, Jarrod Parker, Tommy Milone, AJ Griffin, Sean Doolittle, and Josh Donaldson. This new corps of rookies led the team to back-to-back AL West titles out of nowhere, aided by some veteran acquisitions like Brandon Moss, Bartolo Colon, Grant Balfour, and Coco Crisp. Inexpensive young players paired with a few shrewdly signed veterans won the most games in baseball between 2012 and 2013. Sound familiar?

Now, it’s up to Bob Melvin and Billy Beane to pull the same trick off again. Can 2012’s miracle season repeat itself? Can you really sell all your valuable assets and expect to contend with fresh talent? Billy Beane seems to think so. And despite his lack of playoff success, I’m inclined to trust him. With the exception of the Yoenis Cespedes debacle, when has there been a trade that has gone so poorly for him? All of the 2012 offseason trades were decided A’s victories. The team lost Bailey, Cahill, and Gonzalez in exchange for Josh Reddick, Ryan Cook, Jarrod Parker, Tommy Milone, and Derek Norris, who were all “no-names” at the time. No-names that now have gold-gloves, All-Star Game appearances, and division titles under their belt.

It hurts, it stings, and it pisses you off to no end. Every time you lose your franchise player you say “this is it, this is the final straw.” And yet the team keeps winning. We lost Giambi, then won 102 games. We lost Hudson and Mulder, then won 96. We lost Gio and Cahill and Bailey, then won 94, then 96.

There are teams that have gone decades without even playing a postseason game, and there are teams in the same payroll situation as the Athletics that haven’t competed for years. Losing Josh Donaldson hurts, but losing games hurts more. And I’m not so sure the 2015 Athletics are destined for mediocrity or worse. I think, as the Joker once told Batman, that “it’s all part of the plan.” 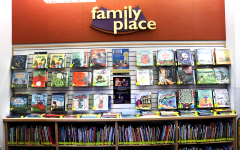 The quality and access of multicultural picture books for children 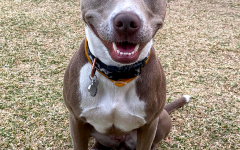 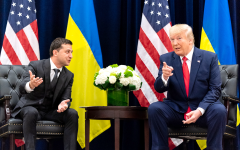 We are a republic, but can we keep it? 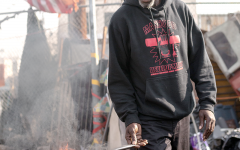 Homelessness, is there really a solution?

Halloween isn’t an excuse to be racist

My culture is not a costume. From oversized sombreros, to geisha ensembles, and Native American headdresses, Halloween has always been subject to of...