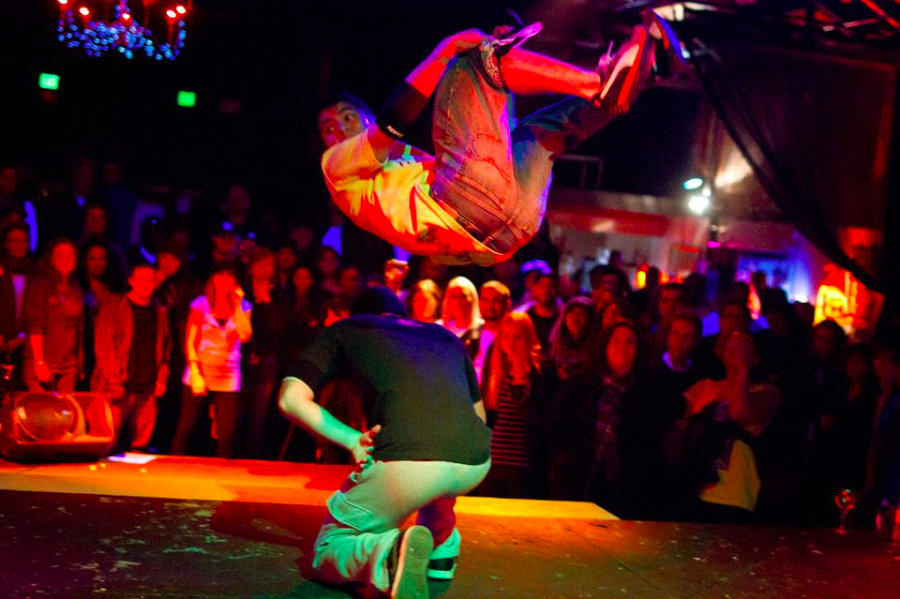 Jamie DeWolf is a performer, writer, director and self-proclaimed “art outlaw.” DeWolf recalls that people have always tried to censor his art. He created the variety show “Tourettes Without Regrets” in hopes to combat censorship and give artists the opportunity to say what they really want to say.

“Tourettes started when I was in a small town. There was nothing there that showcased all the different types of arts genres that I was into,” explains DeWolf. “Over the years, Tourettes has become this crazy playground for all performers.”

This year they will be celebrating its 15 year anniversary. DeWolf says that although the production of the show has evolved, the concept has always stayed the same.

“I wanted to create a show that I would want to see. With Tourettes, it’s this beautiful collision of different genres blending together. Over the years the artistry has just gotten even more diverse and wild,” he says.

The first show called “Bringin’ it since ‘99” was in Benicia in 1999, where it started in a small venue with about 50 people. Now the show is hosted at the Oakland Metro Opera house, its home for the last nine years, and brings in around 300 people on the first Thursday of every month.

DeWolf labels the first couple of years running TWR as the “dark years.” During that period the event faced a lot of venue issues. It would lose the venue at the last minute, or the police would come to shut it down for capacity or noise violations.

“In the beginning, things would get chaotic. If the event would get shut down we would just pick up and go into the parking lot and do it there. Once I had everyone come back to my place. That was crazy, I had 150 people in my tiny ass living room doing a rap battle,” recalls DeWolf.

“It started because I got in trouble for my writing all the time, even as a kid. My writing was too dark, too twisted, I had to put a straight jacket on my tongue, but this was wasn’t free expression. At one show, someone accused me of having Tourette’s syndrome for what I was saying,” DeWolf said.

DeWolf claims that there hasn’t been very much backlash from the name of the show.

Instead, there has been more people offended by the content of the show.

DeWolf understands that no matter what the performers do at his show, someone will always be offended, but he cannot change a show for one person.

“I’m not going to hold performers back from what they are doing. If people have a problem with Tourettes then they need to go deeper and really think ‘why are we pushing their boundaries?’ Then they need to question ‘Why are those my boundaries, and did I choose them or were they forced upon me by society?’” said DeWolf.

While TWR has featured artists each month, DeWolf says that the show would not be possible without audience participation.

“The audience is the performers as well. They sign up for rap battles and slam poetry in the beginning of the show and they perform that night. Not just that, but we also pull people from the audience to judge the performers,” said DeWolf.

Among the many performers over the years, Tourettes has been a diving board for up and coming artists including Watch D and Kid Beyond.

“Tourettes celebrates underground performers, the kinds you won’t see on TV shows like ‘The Voice’ It’s all original artists, who aren’t doing this to be glorified, but to share their art,” said DeWolf.

The goal of each show it to get the audience inspired. DeWolf wants audience members to walk away vibrating with a need to create.

He explains that he wants people to go home wanting to write, paint, sing, dance, and then come back and sign up to preform.