A political solution to Iraq’s crisis 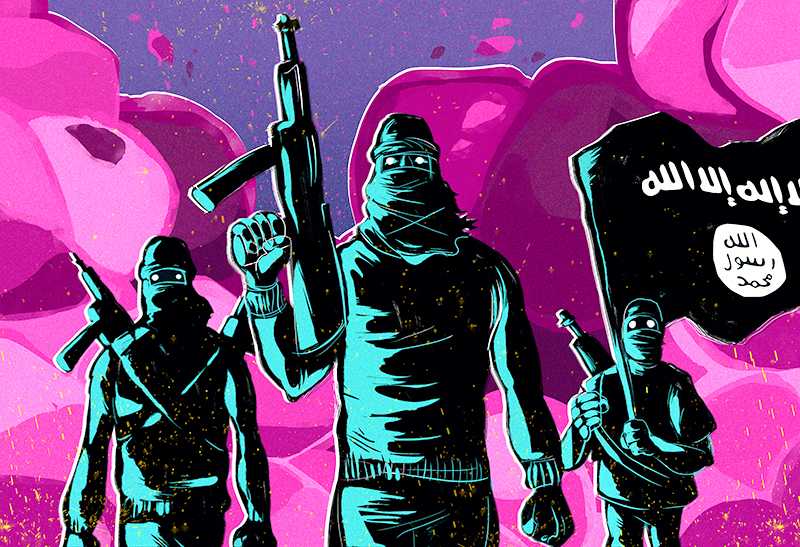 ISIS fighters have taken multiple cities across Iraq and Syria.

The lightning offensive the Islamic State of Iraq and Syria has accomplished in northern Iraq since early June has stunned the world. ISIS, which is a successor to Al-Qaeda in Iraq and an extremist organization, wants to establish a regional caliphate and Islamic state encompassing the sovereign nations of Iraq and Syria.

With cities like Mosul captured, Iraq’s second-largest city, ISIS is gradually coming closer to its goal.
No doubt the situation is very complicated; one has to take into consideration the ethnic, religious, and regional sectarian divisions. Major sects in Iraq include Shia Muslims, Sunni Muslims, and ethnic Kurds with Shias being the majority.

Looking back historically, Iraq was carved out and forged into a nation-state by the British in the 1920’s after World War I. The British forgot an essential and important consideration when forging the nation-state; the integration of Sunnis and Shias into one political entity.

Today, we are witnessing history in the making with ISIS representing the majority of Iraq’s Sunni sect, Prime Minister Nouri al-Maliki’s majority Shia led government, and the self-autonomous region of Kurdistan all in sectarian conflict.

Besides the already internal complex situation, there are many foreign nations aiding Maliki’s government economically and militarily in the hope of removing ISIS’s threat from the region and beyond.

The U.S. has recently sent 300 advisors to Baghdad in the hope of re-training Iraqi military officers in their fight against the Islamic State of Iraq and Syria. Additionally, the Obama administration is conducting drone reconnaissance if airstrikes on selected targets in ISIS held territory become an option.
Yet what is possibly the most fascinating development of the crisis is the fact that Iran, Syria, and Russia are all on the same terms with U.S. led objectives, something you don’t see everyday.

The Iranians have supported Maliki’s government with economic aid, drone surveillance, and some assistance from Iran’s Special Forces unit the Quds Force.
The Syrian government has recently conducted an airstrike in Iraqi-held territory targeting ISIS forces with full support from Maliki. And the Russians have sent fighter jets with technical assistance in the hopes of providing air retaliation against ISIS.

There are a number of solutions to pursue in order to once again see a stable and secure Iraq. First, an attempt to secure a bilateral security agreement with the presence of a small number of U.S. troops should be re-introduced to the Iraqi government. This doesn’t necessarily mean that there would be another influx of troops, but enough to train and support the Iraqi government until ISIS is removed and Iraq can fully support and represent itself.

Under Maliki’s government, Sunnis and Kurds all across Iraq have been marginalized and cut out of the political process. In order to prevent Iraq from breaking apart, the government should be representative of all of Iraq’s sects.

Iraq is a sovereign nation that needs to quickly solve its internal problems in order to gain the full support of the Iraqi people and counter ISIS advances.
Ultimately U.S. foreign policy options in Iraq are becoming narrower in a country where U.S. soldiers died to protect freedom and democracy. Any direct military action by the U.S. probably won’t solve the internal sectarian divisions but only make matters worse. The Iraqi government has to ultimately decide whether to put their differences aside and come together as a country to fight the insurgents or allow the country to be broken up in an ongoing sectarian conflict.

Shuaib Amiri is junior at California State University, East Bay. He is currently an intern at the Jordanian Embassy in Washington, D.C. where he works in the Information Bureau.