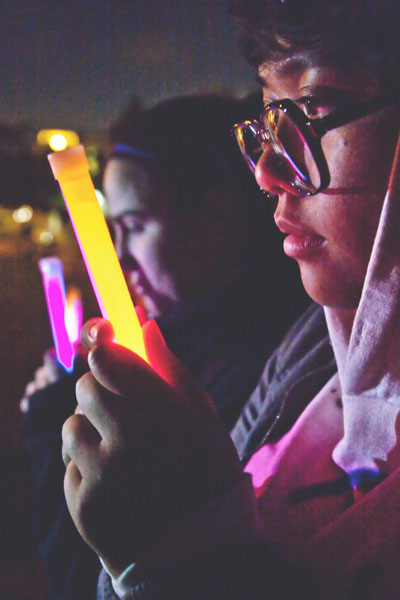 “We, as a queer community, are a part of every community you can think of,” said Christine Rodriguez, Vice President of QSA. “These suicides don’t just affect one little community, it affects everyone.”

There have been 11 suicides in the past month of people that were bullied due to their sexual orientation. Rodriguez and Melanie Duffey, the club’s President, feel that many suicides cause an impact on many people.

“It’s a ripple effect,” explained Duffey. “It hurts family and friends and people who realize that [bullying] may have had an impact on why [this person] is gone now.”

Indeed, the recent deaths have certainly affected more than the QSA as illustrated by the sea of students wearing purple in honor of the victims.

This touching gesture made by students can give hope to QSA’s members that awareness is in the near future.

“We need to remember that this is an ongoing fight,” said Duffey. “If we don’t fight intolerance now, then these hate crimes are going to keep happening.”

During ASI Presents Live at Noon last Wednesday, about 15 people in the campus community staged a die-in in front of the Agora stage to illustrate the deaths.

The students and staff gathered in front of the stage and laid on the floor, not moving and with their eyes closed, for 15 minutes.

Some students curiously walked by without giving the demonstration much thought, but others stayed and read the names of the 11 suicide victims this month—some as young as 12 years old.

“We finally have national media coverage,” said Elysse Grossi, advisor for QSA, referring to the gay community. “In past years, all of the suicides and hate crimes have not been covered to the extent that they should have been.”

QSA is using this coverage to raise awareness about the “ignorance and bigotry” by tabling, distributing flyers and having events to get the word out of the group’s “presence on campus,” according to Rodriguez.

“QSA is here to help,” added Duffey. “It needs to be known that there is a place for [the queer community and its allies] to feel safe and for them to feel accepted. Raising awareness cuts at the ignorance and apathy that sort of infects today’s teenagers.”

Later Wednesday night, the group held a candlelight vigil to honor lost members of the community, but since they were not allowed to have open flames on the campus, they made due with multi-colored glow sticks.

“Suicides have become a sort of epidemic,” said Rodriguez. “I think this vigil is a great way to commemorate the people who tried to endure all the bigotry and didn’t feel like they had a way out.”

The club is not satisfied with paying respects to the victims. They also are working to take the next step in spreading awareness and helping the gay community feel accepted.

“The next step is definitely, on a personal level,” said Grossi, “for people to tell other people to stop using phrases like ‘that’s so gay’ or calling people a ‘fag.’ We need to stand up for people who can’t stand up for themselves, or who are feeling like they can’t.”

Duffey emphasizes that QSA is not only here to help the queer community, but to also present a safe place for “allies,” or people who have gay friends or family that they have seen go through hard times.

The club is working to be accepting of other communities in the hopes that setting that example will cause a different kind of ripple effect through the country because their main goal is to stop tragedies, like these suicides, from happening.

“Once people realize they are not alone,” explained Duffey, “then suicide isn’t their only option.”

Rodriguez thoughtfully agreed with Duffey before adding, “We need acceptance, we need tolerance. We matter.”

Till Debt do us part, a vow that First-Generation students are taking

By Vanessa Martinez, PHOTO EDITOR The long-standing issue of student loan debt haunts many students to this day. Knowing that the vow they've agr...

A Call to Action: the Racial Disparity that still lingers on College Campuses

Letter from the Editor

By Ethan Alonzo , EDITOR-IN-CHIEF It is no doubt that 2020 has been anything but ideal. What started out as a hopeful beginning to the new decade has... 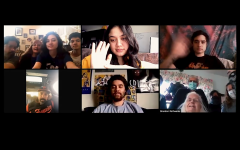 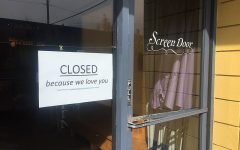 Will Small Businesses be willing to shut down again?

Undocumented Immigrants treated unfairly more than ever under the Trump administration

By Esteban Leon, CONTRIBUTOR COVID-19 worldwide pandemic has caused a bigger disparity between unauthorized citizens and citizens inside the country....

The Battle For Okinawa

By Ailing Cheng, CONTRIBUTOR Okinawa is a small, beautiful with lush greenery and beaches, and an island filled with so much history. On the outs... 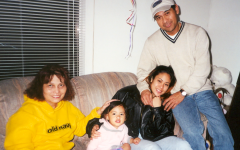 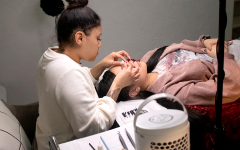 Covid-19 and the Health of Small Businesses