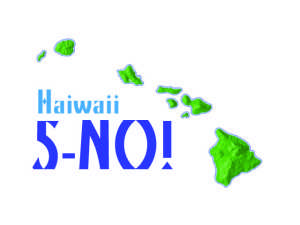 Known for it’s catchy theme music and memorable lines, Hawaii Five-0, the popular CBS series that aired from 1968-1980, has recently been revamped.
The original series followed a team of Hawaii’s best police officers and their careers fighting differing kinds of criminals, from drug trafficking to the Mafia. The show ran for 12 seasons and held the record for longest running crime series for over 20 years. The main characters, Steve McGarret (Jack Lord) and Danny Williams (James MacArthur) gave over the top, almost campy performances each week. These performances drew audiences back week after week, injecting just enough drama into the series that it almost made you feel a little silly.
CBS decided to try and bank on this idea again, but really, all they did was use the name of the show and its main character. Thankfully, the iconic theme song was not to tampered with, but that was one of the only things that was not totally violated.
In the pilot episode of the re-make, McGarret (played by Alex O’Loughlin) returns to his native Hawaii after the murder of his father. The governor of Hawaii invites McGarret to lead a new task force that will bring Hawaii’s criminals to justice, hoping to find the man who killed his father.Like the pilot, McGarret recruits detective Danny “Danno” Williams (Scott Caan). Also joining the task force is Lost’s Daniel Day Kim as Chin Ho Kelly, a former police officer, and his cousin, Kono Kalakaua (Grace Park) the peppy, younger surfer cop, who only stuck around to do a few karate kicks in her bikini.
The interaction between McGarret and Danno was one of the only aspects of the show that worked. They get along like two brothers, with a banter back and forth that is deeply rooted in a common understanding.
This show was supposed to be an homage to the old series, but how can it be a homage when they are just retelling it from the beginning, as is if the first series never happened? The rest plays out like any other action show or movie: big budget, guns and girls in bikinis. The mind numbing, corny dialogue was expected, and normally I can take the cheese, however, this time around everyone seemed to be taking themselves far too seriously.
This show is another Hollywood attempt to bank on nostalgia. It seems nearly impossible for an original, new and creative idea to come out of mainstream television and movies these days. There are currently movies in production about Candyland, Yogi Bear and Monopoly. They are running out of ideas so quickly, they are resorting to board games and childrens’ cartoon shows. JI hope that this “throwback” trend will stop soon. In fewer words, this show is so boring, it should be illegal.